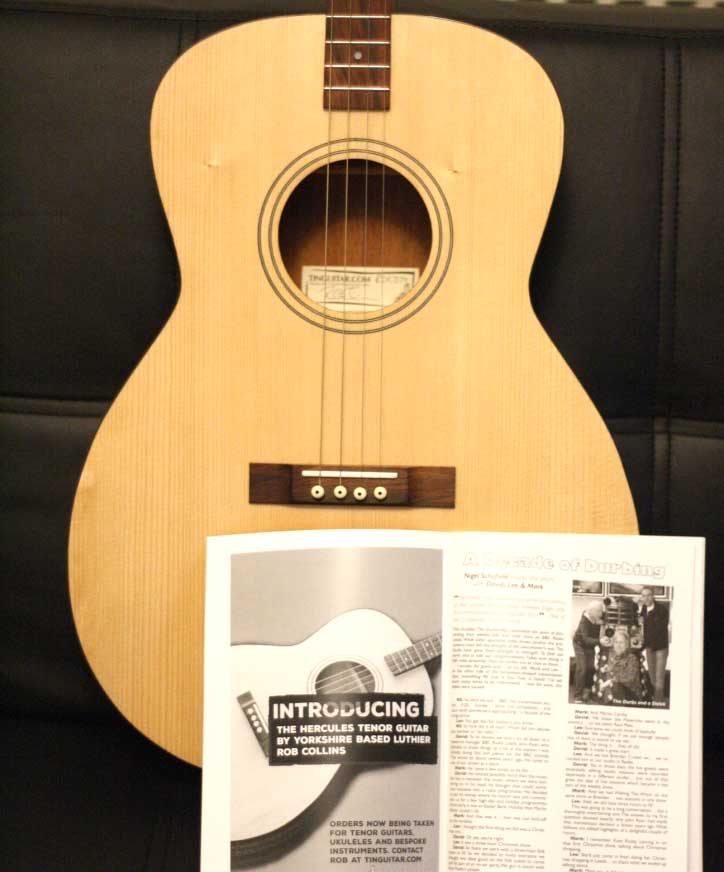 The Hercules Tenor Guitar is completed and I’m now taking orders. To celebrate the completion of this instrument, I’ve put an ad in my favourite folk magazine (Yorkshire’s own, “Tykes News”). The instrument is near and dear to all of us at TinGuitar HQ as it’s named after our late friend, Brian ‘Hercules’ Newman. Brian was known for his wit, generosity of spirit, musicality and general excellence. We could think of no better name for this formidable instrument.

I’ve decided to keep the prototype version (which gets played a lot at local folk nights in the area). It’s got a warm sound with a pleasing resonance and it’s fast becoming one of my favourite instruments to play.